My favorite thing about AI is how it can make ordinary things feel magical.

I got a notification on my Pixel a few months ago that there was a new episode of Last Week Tonight with John Oliver. I was surprised by how excited I was to get a notification that, to my knowledge, I never asked for. Suddenly, looking up the next air date and then saying "Hey Google, remind me to watch Last Week Tonight on June 10th..." (something I do quite often) felt laborious.

I know that AI isn't actually magic. It's mostly logic. A simple way of thinking about artificial intelligence is a computer system that can observe and make judgements based on what it has learned, like humans do. It does this by using algorithms (sometimes multiple layers of algorithms, which we call neural networks) to form opinions based on data. Essentially, AI works by becoming biased. So what most people mean when they say "biased AI" is really AI that is unfairly biased against a minority, like filtering out women's resumes or assigning Black people more severe criminal sentences.

When I first learned about unfairly biased AI, I thought it all had to do with algorithms picking up on human bias in the data it learned from. But unfair bias can enter AI in other ways, like failing to account for human complexity, or just ending up in the wrong hands. As I dug deeper into the causes of unfairly biased AI, I found more ways to prevent it than just carefully choosing data. I summarized what I've learned into four recommendations that I think will help us create AI that not only feels magical (like letting me know Last Week Tonight is back on), but is equitable.

Assemble an inclusive team to work on the AI.

While data isn't the only entry point for unfair bias, it is a pretty big one. But making sure your AI doesn't pick up any unwanted human biases is harder than it sounds. I think this is because we often confuse logical data with fair data.

In 2014, Amazon created a tool that used AI to filter job applicants and surface the best candidates. Thinking logically, it makes sense to train the AI by having it look for patterns amongst past job applicants. However, if you're someone who has experienced difficultly getting a job interview in the tech industry due to the overwhelming presence of white men, you might've predicted using that dataset would teach the AI that the best candidates are male.

We have to stop going straight to the most obvious and readily available datasets and start having conversations about what unfair bias already exists in the environment where we're building AI. The easiest way to do this is to give minorities a seat at the table. Assembling an inclusive team brings together a variety of life experiences that inform the choices we make about what data to use, what outcomes we're hoping for, and what instances of bias we want to avoid.

Focus more on the outputs than the inputs.

Despite doing our best to prevent unfair bias by carefully choosing data, we still won't be able to fully predict what the AI will learn or how its measurements will play out. That's why experimenting with the output before putting the AI to work in the real world is so important.

In an episode of Deep Background with Noah Feldman, Talia Gillis, a Harvard graduate student studying discrimination and economics, explained how to measure whether an AI's output is good or not:

"What's key is to have a kind of baseline, in which the key question is when I move from that baseline to a new situation, how are things changing?"

To put that into practice, let's say we want to make a tool that uses artificial intelligence to decide whether or not to grant someone a small business loan. We can find our baseline using research from places like the U.S. Department of Commerce’s Minority Business Development Agency which tells us that minorities are denied loans at three times the rate of non-minorities. We can use a 42% vs 16% denial rate as our baseline to compare to our AI's output.

With a baseline set, we can work backwards to figure out an approach that equalizes those numbers. Do we want to build an AI system that can analyze a lot of different data points to learn what makes a business, rather than a person, successful? Or maybe we want to create a new way of determining someone's credit worthiness that compiles more kinds of different data points than just wealth, salary, and credit scores. It matters less what goes into getting the right output, and more that we know when our output is good.

Work directly with the people who will feel the impact.

In same way that UX designers rely on user research and testing to make evidence-based decisions about a product, AI creators have opportunities to make their AI more specific and fair with the help of those on the receiving end of the AI's output.

Lauren Prastien, the host of Consequential, a podcast produced by Carnegie Mellon University's Block Center for Technology and Society, made a great case for consulting the "users" of AI as she told the story of how the city of Boston looked to AI when they set out to rethink their school bus system, which serves over 20 zip codes.

The solution they ended up with was perfect in almost every way, saving the city $5 million dollars and cutting over 20,000 pounds of carbon dioxide emissions per day. Part of the way it did this was by changing the start times of most of the schools in ways that made sense, like allowing high schoolers to sleep in, and getting elementary students home before dark.

But staggering start times and redrawing routes created a new problem: it reversed who felt their route and start time was fair by removing the racial bias in the existing bus system, which previously benefited students in the white, affluent parts of the city. While some would consider this an example of bias being used for good, others see it as a reinvention of the same problem.

No matter which side you're on, everyone should be able to agree that when solving a problem with AI, having good intentions is not enough, and a lot of times, it blinds us to the gaps in our understanding of the problem. David Danks, Chief Ethicist of CMU’s Block Center, puts it like this:

"As people who build, deploy, and regulate technology, we have to think about the trade-offs that we are imposing on the communities around us, and try to really engage with those communities to figure out whether the trade-offs we're making are the right ones for them."

As a UX Designer, engaging with users is a routine, essential part of my process. It may be a while before there are AI Impact Designers or AI Experience Researchers, so for now, that work falls largely on engineers. David Danks went on to say...

"We have to teach people how to ask the right questions. It requires changes in development practices at software companies. They need to get better at providing tools for their developers to rapidly determine whether they should go talk to somebody."

It goes without saying that the more people affected by your AI, the less chance you have of pleasing everyone. But even when collaboration doesn't yield the perfect outcome, it can help you achieve a pretty good one, and go a long way in making people feel heard and open to its implementation.

Study the social structures and environments in which the AI will live.

“Technologies are never finished by the designer, they’re always finished in their use. They’re open to interpretation, modification, and adaptation. And sometimes those changes stick.” - Gina Neff, Senior Research Fellow at the Oxford Internet Institute.

In February 2019, OpenAI announced it would not be releasing its large-scale unsupervised language model, GPT-2, due to their concerns that it could be used maliciously. After partnering with experts in topics like human susceptibility to digital disinformation, terrorists and extremism, bias analysis, and even testifying before Congress, they decided to release it six months later along with a 71-page report titled Release Strategies and the Social Impacts of Language Models.

Their decision to hold off on the release upset many people, some even said it was the opposite of how "open" they claim to be. But it was the kind of decision Gina Neff, Senior Research Fellow at the Oxford Internet Institute is calling us to in her seminar, Use, users, and the social context for AI:

"I really think it's critical that we need to be expanding our knowledge and ethical capacity outside of the communities of experts in science and technology."

Artificial intelligence is malleable in a way that makes it prone to adopt the biases of those who use it. That's why when building technology for humans, it's important that we include experts who know humans best. These experts study sociology, history, politics, foreign affairs, psychology, current events, human rights, ethics, and policy, just to name a few.

Consulting experts can look different depending on the purpose of the AI, but here are some examples:

AI is augmenting the world around us at rapid pace, and it's only going to get faster. We need the knowledge and foresight of "people experts" now more than ever.

The future of AI and its role in our lives can be scary if you think about it for too long. It's in our healthcare, our criminal justice systems, our job searches, our financial institutions, our social media, our government, our streaming services, our home appliances, and even our relationships. Sooner or later it will be so much a part of our lives that when it's working well, we won't even notice it.

Minorities have historically been the victims of systems that aren't working well, and now that includes AI systems. Like David Danks said, as people who build, deploy, and regulate technology, it's our duty to think about that, and do something to make it better.

Resources for learning more about unfair bias in AI: 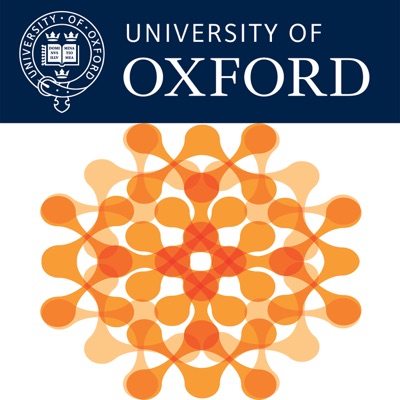 Ethics in AI
Use, users and the social context for AI

In this recording of Gina Neff's seminar at the Oxford Internet Institute, she warns us about the dangers of separating technology from their social context. When people see a technology, they think about what they can do with it, and those thoughts are shaped by their social position. Gina tells us that when we create AI systems, we can't just think about how it works, we have to also think about how it is used, and to do that we must consult with other experts. 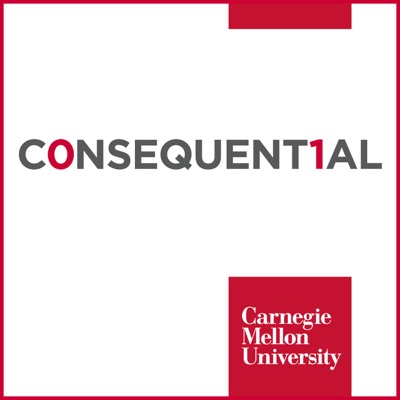 Everyone has a different definition of what fairness means - including algorithms. As municipalities begin to rely on algorithmic decision-making, many of the people impacted by these AI systems may not intuitively understand how those algorithms are making certain crucial choices. How can we foster better conversation between policymakers, technologists and communities their technologies affect?

Listen on Spotify
← Back to all posts

Built with Webflow. Fonts by Letters From Sweden and Colophon Foundry.